Today we are looking at TAGS in Nikki P’s 30 day blogging challenge and oh if you missed yesterday’s posthere it is .  Nikki describes TAGS as key words for your blog and advises that each posts should have 4 or 5 .

A quick scan of the posts here and I came up with these tags FOOD, DISEASE AND POVERTY IN AFRICAand there are the basis of today’s post

Food- The poor are paying more for their food, population growth  will affect food availability and food availability faces anew challenge from the desire for biofuels. If you would like more details on this issue I would strongly recommend  The Guardian’s Poverty blog

I would agree with the Oxfam boss on all 3 points and I covered some of those points in the 8 posts listed above. Evidence on the ground especially Uganda – where I hail from shows that a lot of food goes  to waste in some parts of the country whilst in others folk are literary starving, the growing of Pine appears to have given way to food growing in some parts, urban areas are busting at the seams as folk leave the rural areas in search of a better life in the city. These very folk soon discover that there is nothing for them to do in the city and take to hanging around at street corners.

Point number 3 concerns me for 2 reasons

In one of the posts I wrote about a point raised by the think Tank  CHATHAM – who said that in order to address the issue of food shortage, we need to work out how to secure the food we have- in the west food is wasted between the fridge and the plate whilst in developing nations food is wasted between the fields and the plate. In developing nations there is an urgent need to come with ways to preserve food once it leaves the fields/farms.

Disease- The disease I write about the most here is MALARIA but have you heard about the NEGLECTED TROPIC DISEASES ( NTDs) and how they impact economic development.  A few weeks ago I attended an event at The London School of Economics and Prof Tim Allen took us through the impact of parasites on their hosts. Since then this topic has been covered by in The Guardian and  by Sight Savers . But if these diseases are treatable and have such impact on people’s lives why are they neglected? 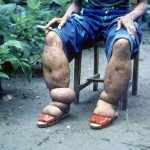 According to Prof Tim Allen, the answer lies in the fact that these diseases affected neglected people and as such they are diseases of the neglected people or the poor!  But if someone is riddled with parasites such as worms  that they cannot work should we not spend some of the Aid money on treating/eliminating such parasites?

Poverty in Africa: this is the tag I use the most and the explanation is here but that aside, as shown in the other tags- the poor in Africa are likely  to go hungry, be neglected and suffer ill health.

When fighting poverty should we seek to eliminate causes of poverty and is this about throwing money at problems or are there steps we could take to secure good health and access to food for all? It would also appear we already have an answer to the food crisis- resolve the waste and get the food to those that need it. The question is why are we not  doing it?